The flavors you know and love of S’mores, only this time in a jar. 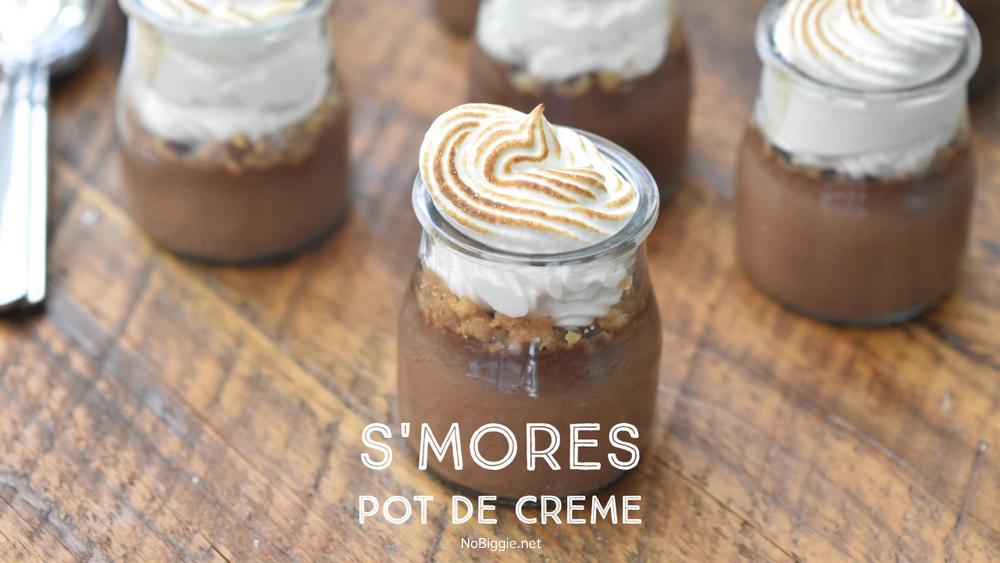 This recipe for S’mores Pot De Creme is like chocolate heaven in a jar, with a fluffy marshmallow cloud on top. It’s no secret that we’re big fans of all things “s’mores”, we even have an entire Pinterest Board dedicated to S’mores in every way! We’ve shared the simple S’mores Dip…S’mores Muddy Buddies…S’mores in three simple ways…just to name a few. You could say we’re big fans. So now for a fancier version!
We made a quick video to show you how it comes together.

It’s basically like chocolate creme brulee with a graham cracker crumb middle layer and topped with a marshmallow layer. It’s decadent and delicious! Can’t wait to make it again!

The cute little jars are a must with this dessert. These little Weck glass jars with the lids are perfect! 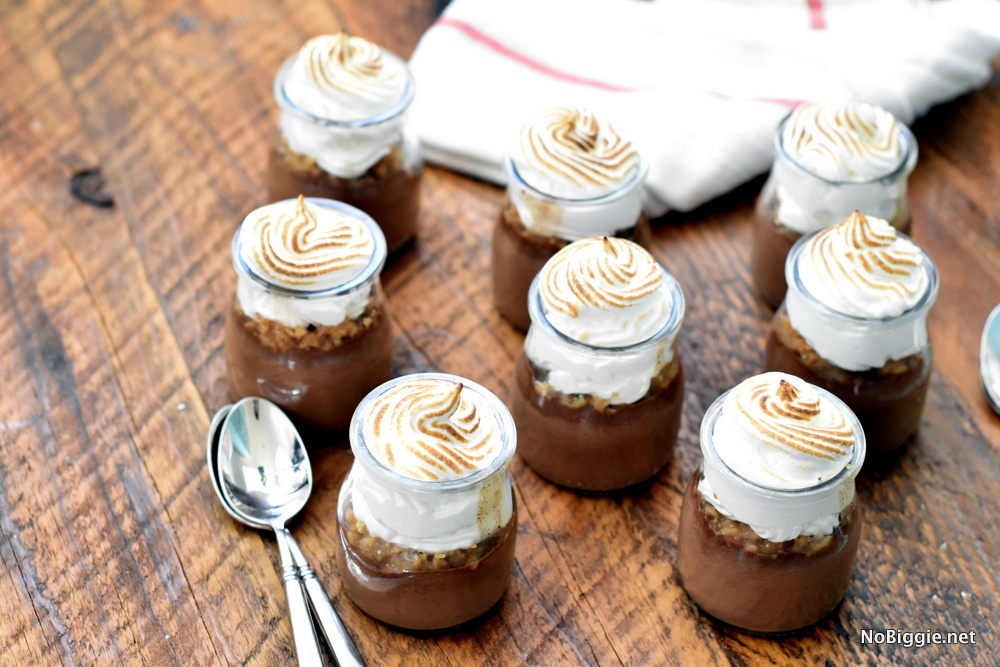 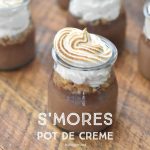 FOR THE CHOCOLATE LAYER:

FOR THE GRAHAM LAYER:

FOR THE MARSHMALLOW LAYER:

FOR THE CHOCOLATE LAYER:

FOR THE GRAHAM CRACKER LAYER:

FOR THE MARSHMALLOW LAYER:

I’m excited for you to make them! They’re definitely a fancy take on S’mores. I wish I had one now waiting for me in the fridge, they are so good! Are you a big S’mores fan too?
*recipe adapted from Bakin’ Bit 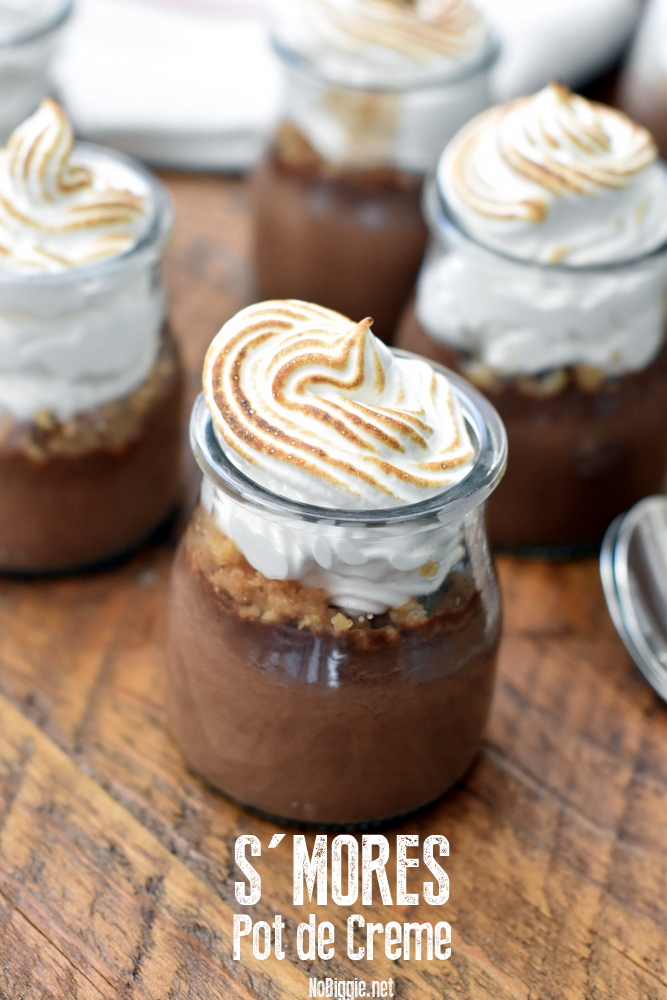