Get in the olympic spirit with these festive ways to celebrate the Olympics! 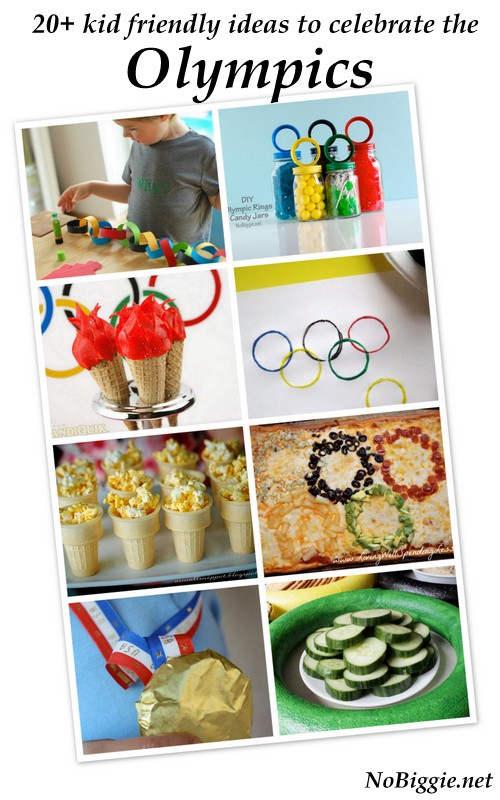 As kids, we loved watching the Olympics, and still do. I have such a vivid memory of watching the 2002 Salt Lake City Winter Games with my whole family. I remember feelings of nervousness and pride for the beautiful place I call home. It was such a fun and crazy two weeks. I want my kids to love the Olympic Games as much as I did, so I’ve rounded up a bunch of kid friendly ideas to celebrate the games coming up. From party ideas to kid crafts to games, here you’ll find the links to some fun ideas to get your kids excited.

1. These Olympic Candy Jars I made a few years ago make a fun table centerpiece. 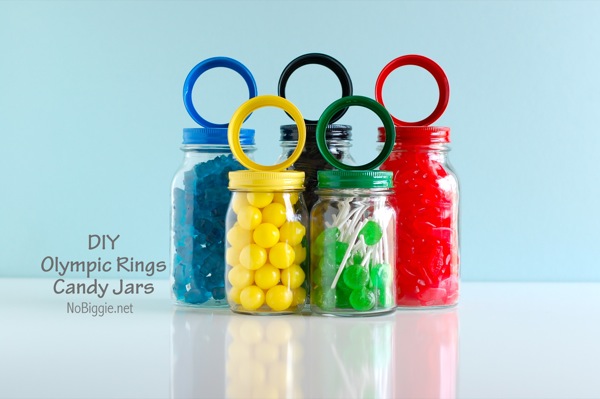 2. These Olympic cupcakes via Oopsey Daisy  would be so quick to make with help from the kids in the kitchen. 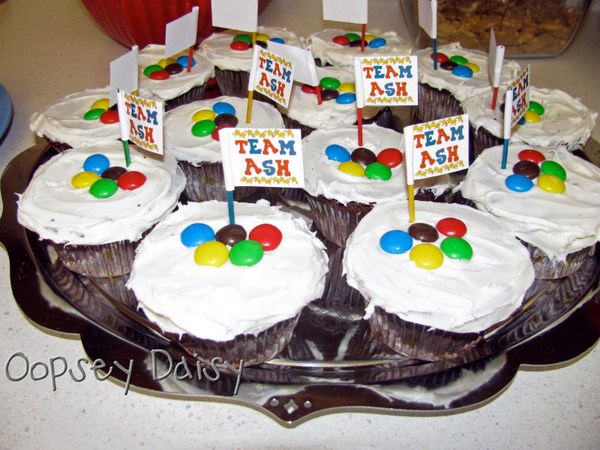 3. I love the simplicity of this Olympic rings necklace via Remarkably Domestic. 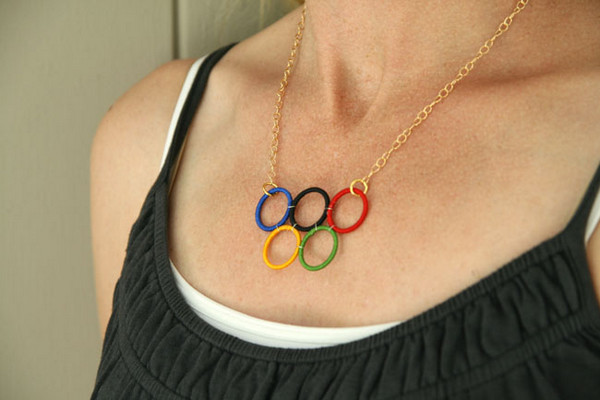 4. This would be such a delicious Olympic Pizza via Living Well Spending Less. 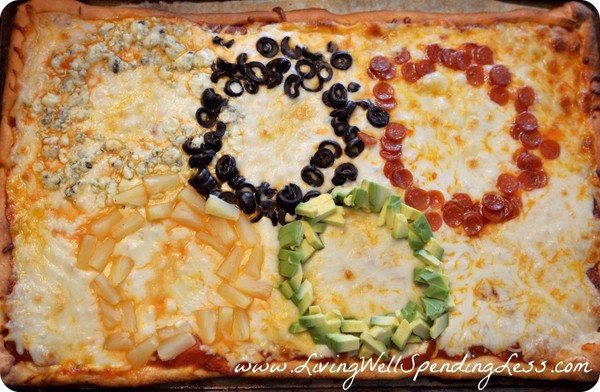 5. These little Olympic Torches via A Small Snippet would make a great snack. 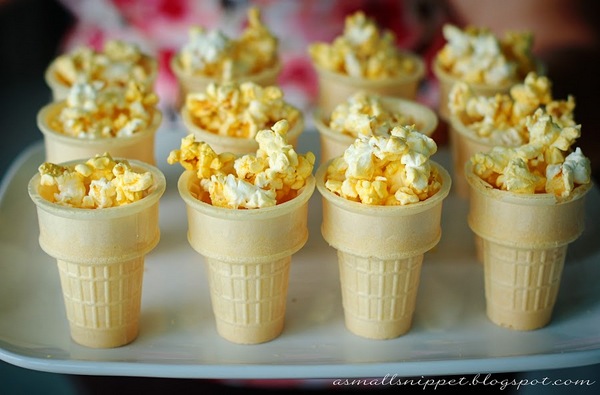 6. Make Olympic drinks via Savanna Smiled with life saver candies and sprite for a festive drink.

7. Print up these free Olympics party printables via Peonies and Poppy seeds. 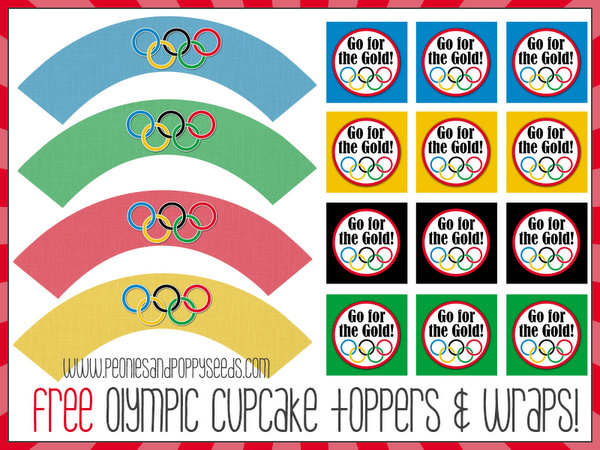 8. These felt Olympic photo booth props via Maro Designs on ETSY would be so fun on Opening Night. 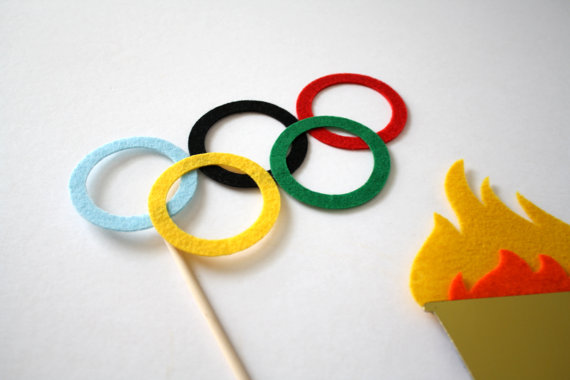 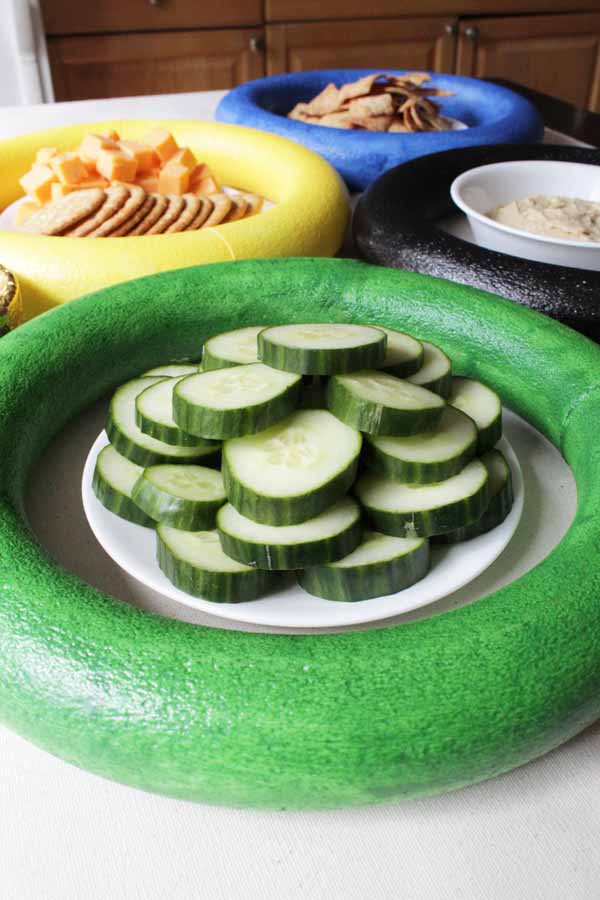 10. I love these Olympic Torch cake pops via CandiQuick blog. 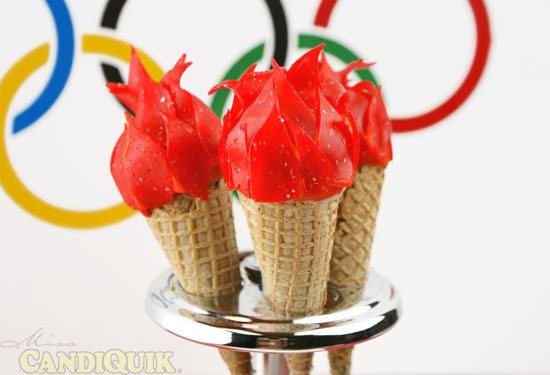 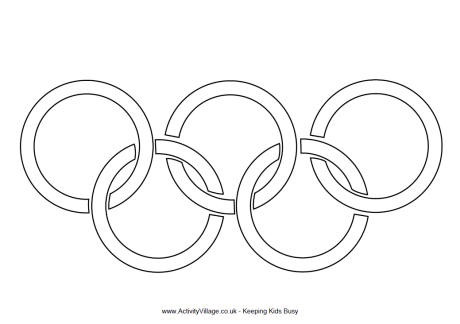 12. The kids would love to get crafting with this simple Olympic craft via The Mother Huddle. 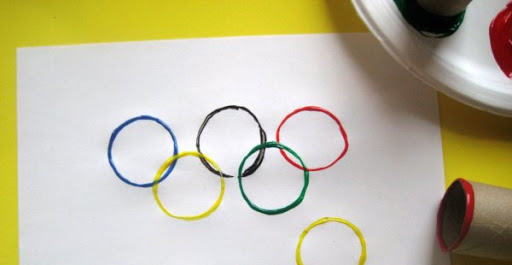 13. Love these Olympic Party bars via The Kitchn look so good! 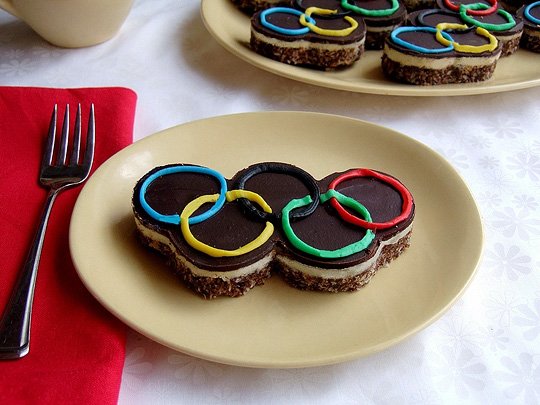 14. Kids will love this Olympic Ring Snowball toss via Make and Takes. 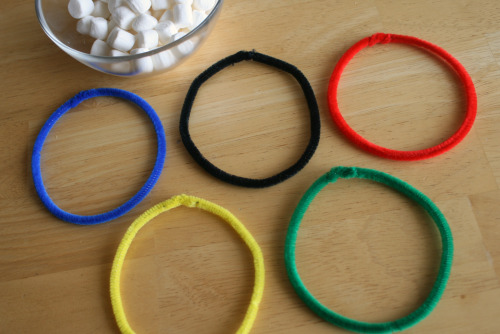 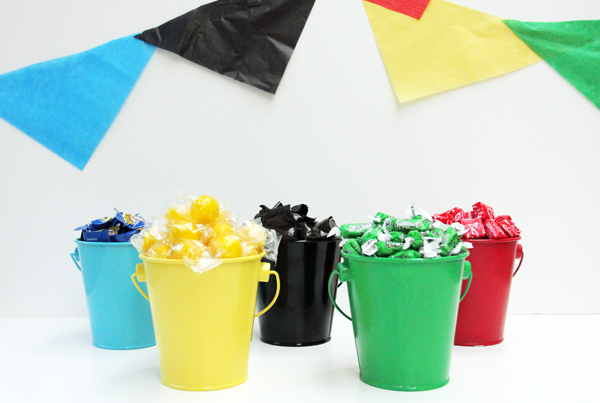 16. Make a paper chain via Craft Storming to count down to Opening Ceremony. 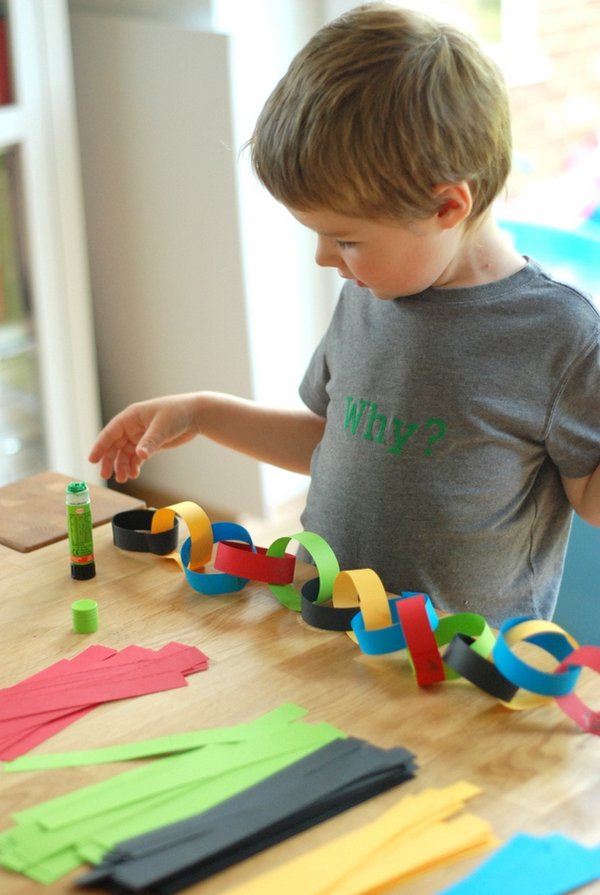 17. These gold medal cookies via AlphaMom would be so fun to hand out after kid games. 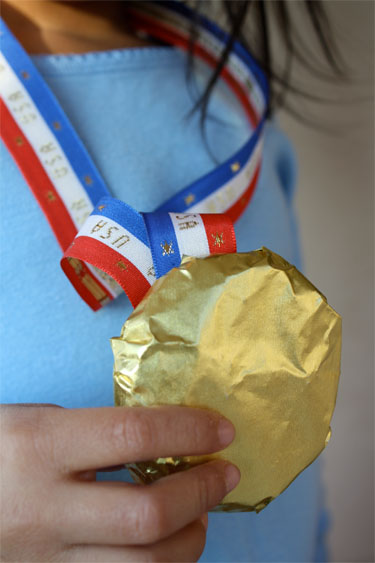 18. I love the simplicity of this full Olympics Cake via Taste of Home. 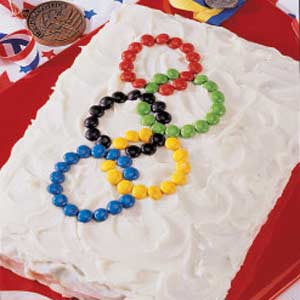 19. How sweet is this cereal necklace with a gold medal via My Sister’s Suitcase for little ones? 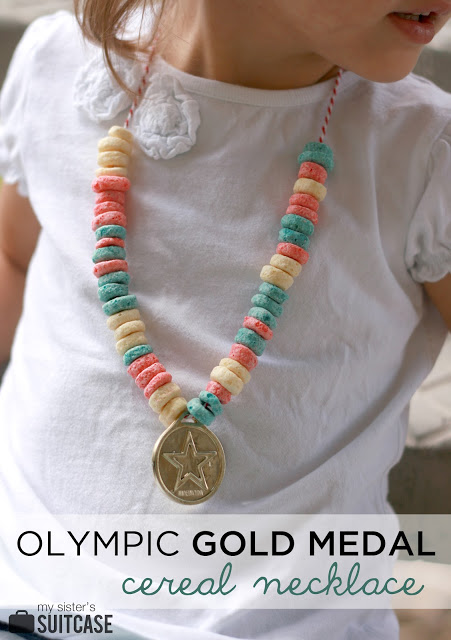 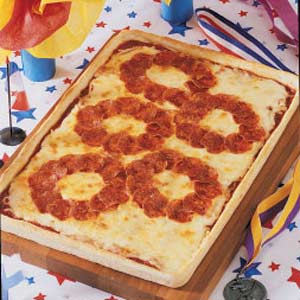 So many fun ideas, and so many more ideas shared on the sites that I linked to. You are bound to make some fun memories with your little ones as you get excited for the Olympic Games coming up. 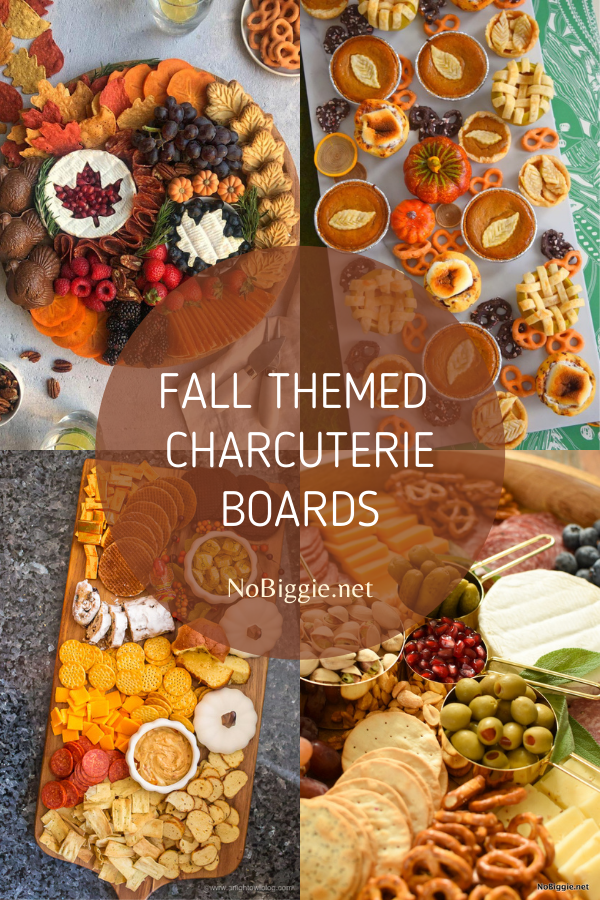 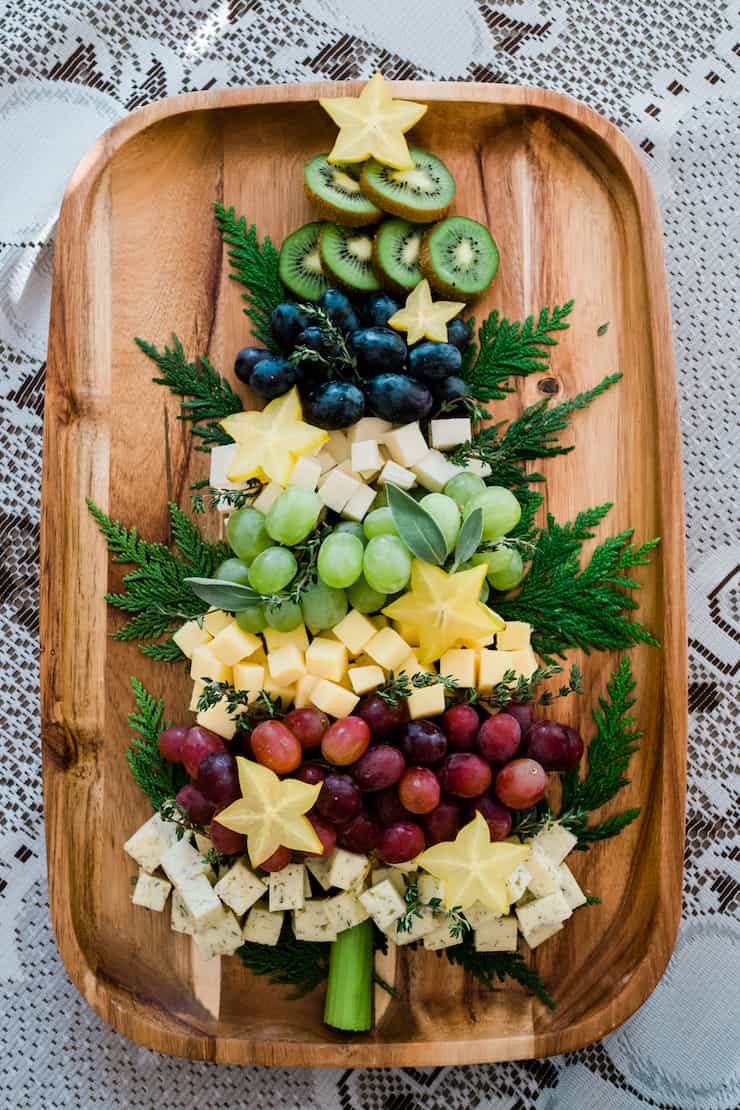 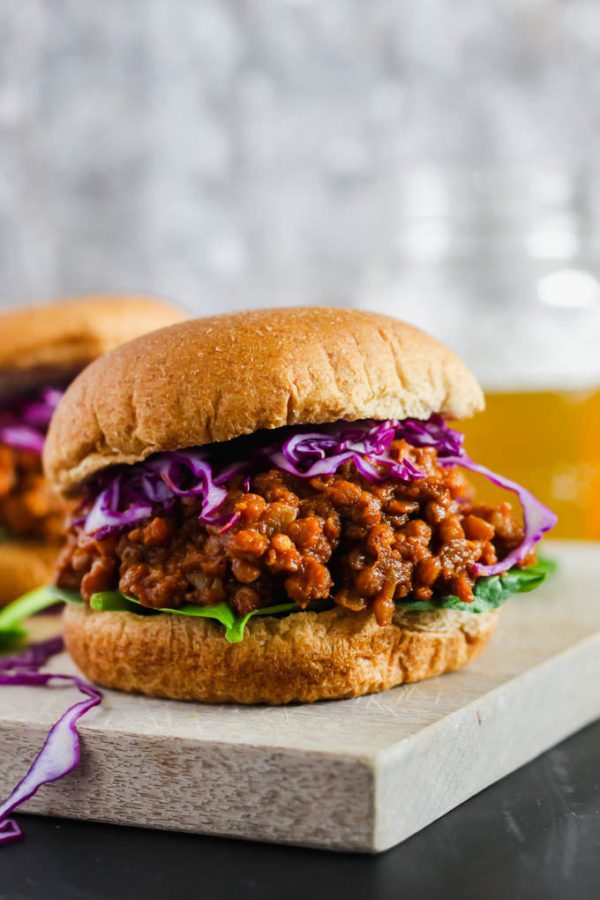 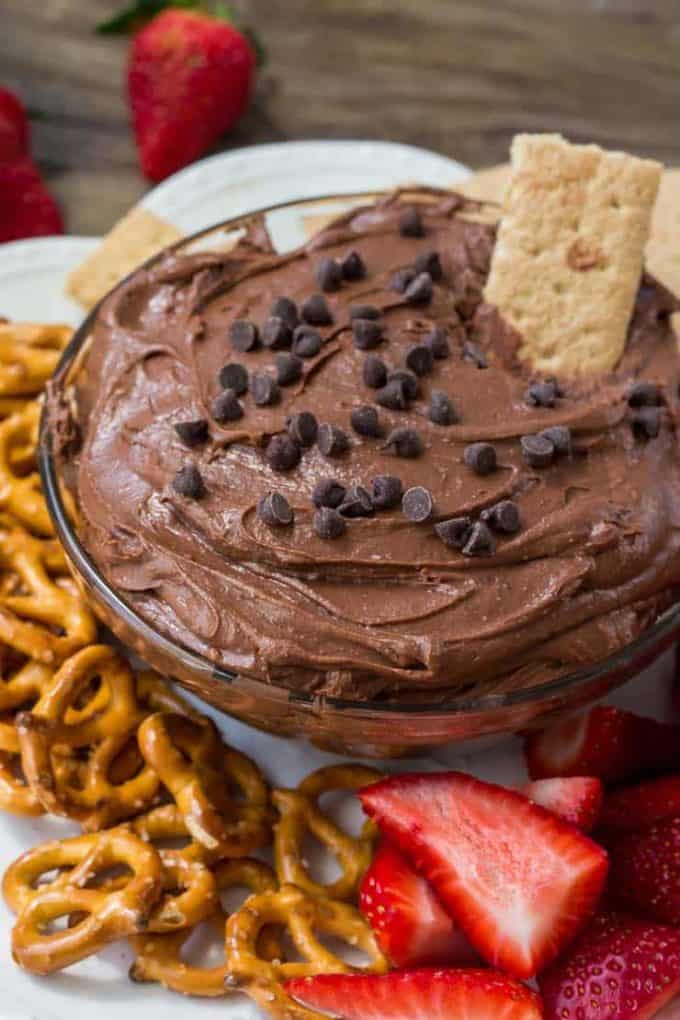 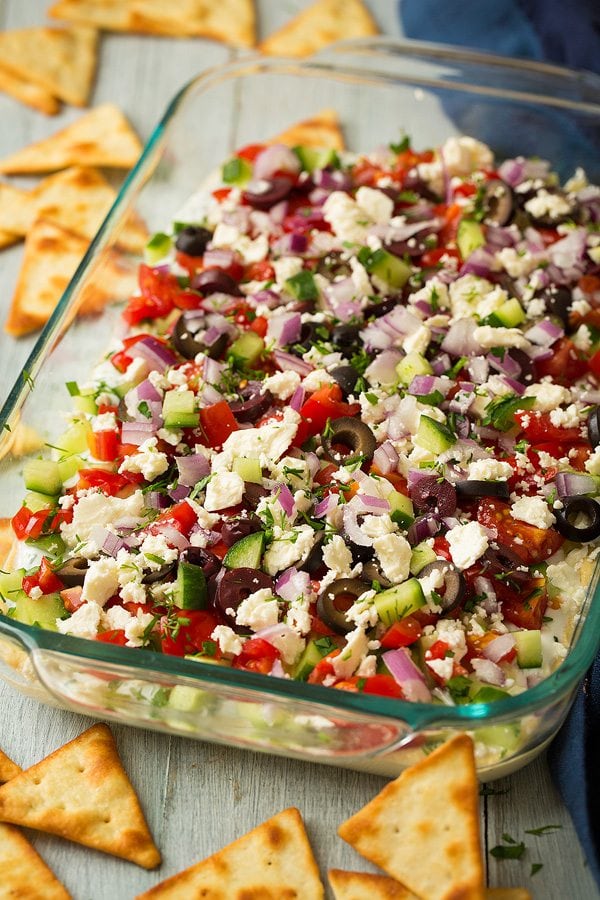 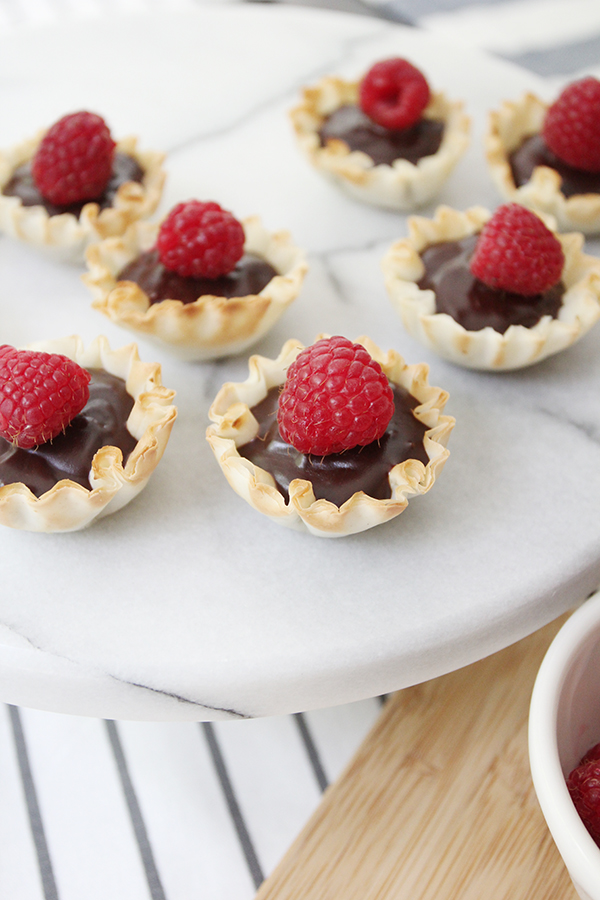