How to cut a watermelon with little to no waste. 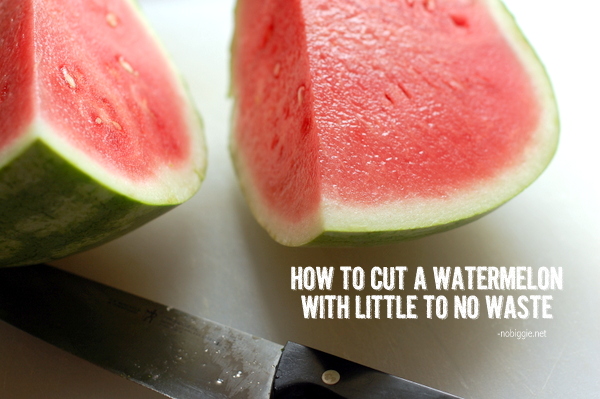 It’s that time of year again…it’s watermelon season! What is it about watermelon? You can just eat and eat and eat, and feel okay about it, because it’s mostly water.
I wanted to share how I cut a watermelon, I know there are lots of different ways, but I love this way because there is little to no waste. And…because I love the little triangles. 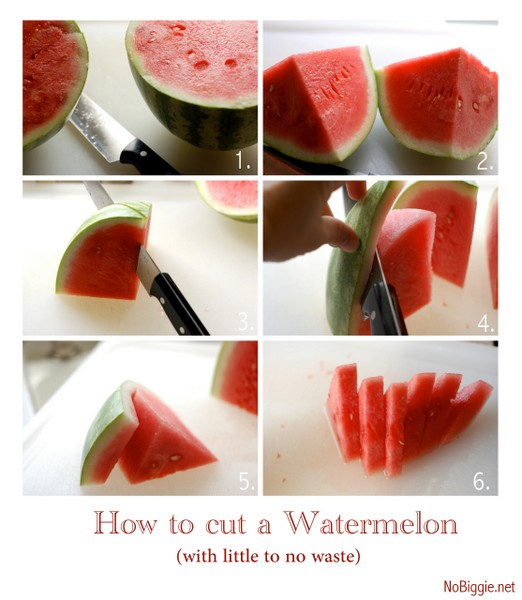 How to cut a watermelon (step by step – with the photos above)
1. Cut it right in half. Now you have flat sides to work with so it won’t roll all around on your cutting board. I LOVE my cutting board for cutting watermelon, because it has a low point around the edge for the liquid to go so that it won’t go all over the counter.
2. Working with one half at a time, cut your halves into fourths.
3. Depending on how big your fourths are, now cut them into eighths. Always keeping the flat side down so it won’t roll around.
4. Now starting at the top of each triangular piece, take your knife and cut just inside of the white and green rind, following it down to the bottom.
5. Now lay the piece on it’s side so it won’t tip over if it’s tall.
6. Now just slice it up into thick slices. And repeat until you’re done!

Sometimes I’ll just cut up half of the watermelon and stick the other uncut half in the fridge (with the cut side up) with plastic wrap on top. If you know you won’t eat it all right away, it will keep longer uncut.
That’s it! Pretty straight forward, but I love how it looks cut this way. It’s also a great way to use it all up, not wasting much at all.

How do you cut a watermelon? How about picking a good one at the store, Do you have good tips??
Have you ever tried fresh squeezed lime on watermelon? It’s so good, you’ll have to try it! 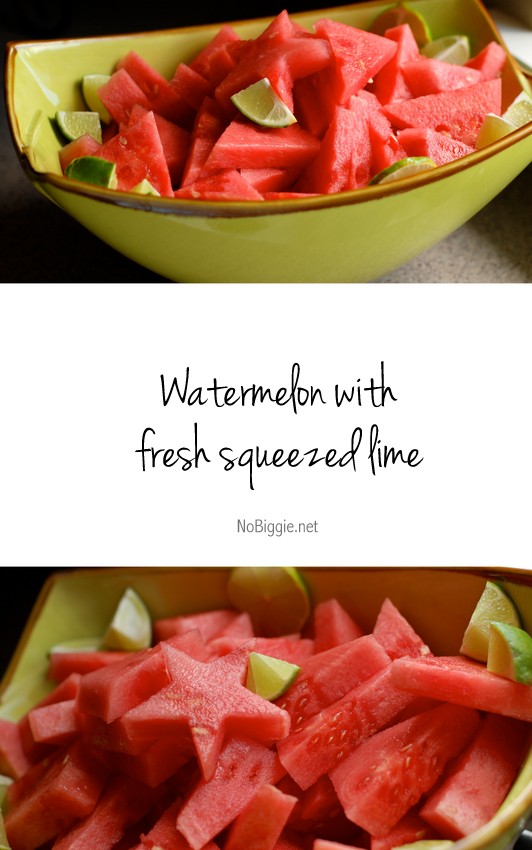 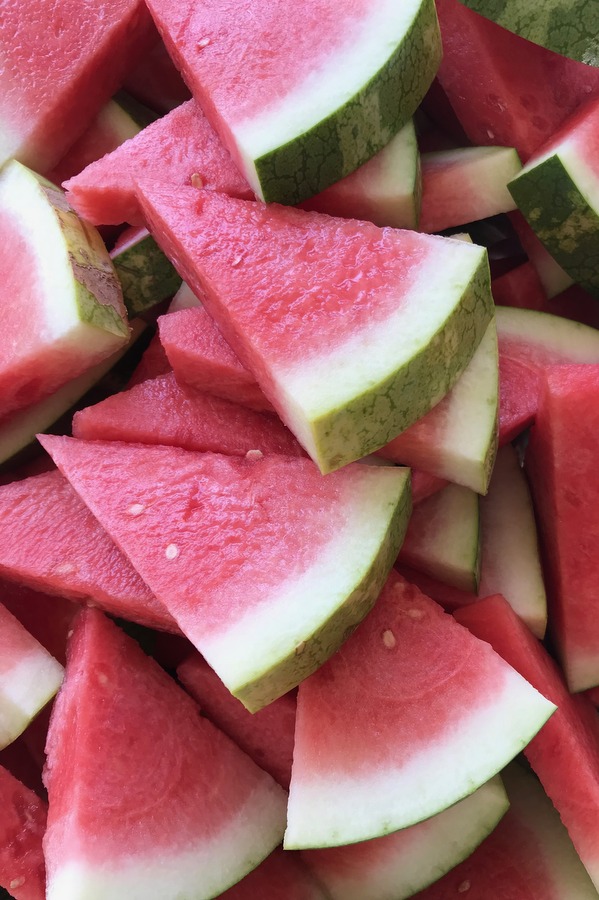 If you love watermelon, than you’ll love these other posts all about watermelon:
– little watermelon party favors
– watermelon stars
Have a great day!