Turn a cute paper plate into a mini party hat! 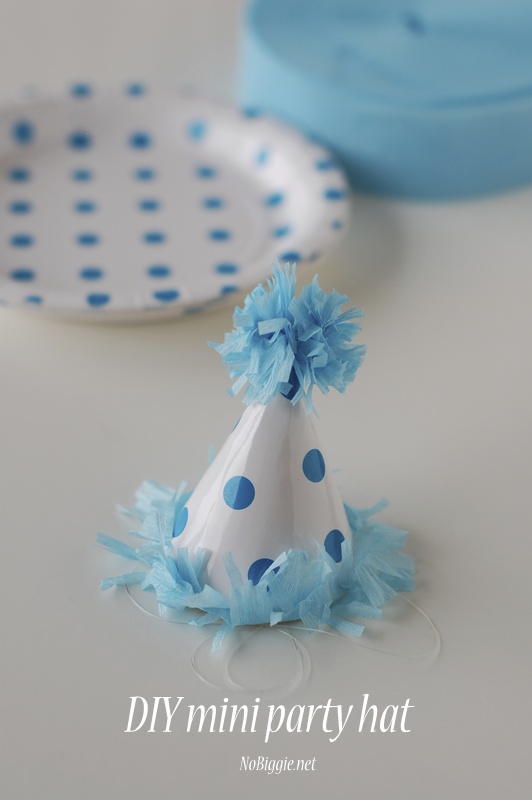 What is it about all things mini? Take regular old salt and pepper shakers for instance, make them itty bitty, and suddenly they’re the cutest things you’ve ever seen! The same goes for party hats, mini party hats are so fun! They’re like a subtle way of saying “hey…it’s a party!” Since they’re not easy to find at the party store, why not make your own!
The best part is that you probably have everything in your party supply box to make them right now. Last month when we had the Pigeon Party, we had the cutest polka dot paper plates which worked perfect for these mini party hats. 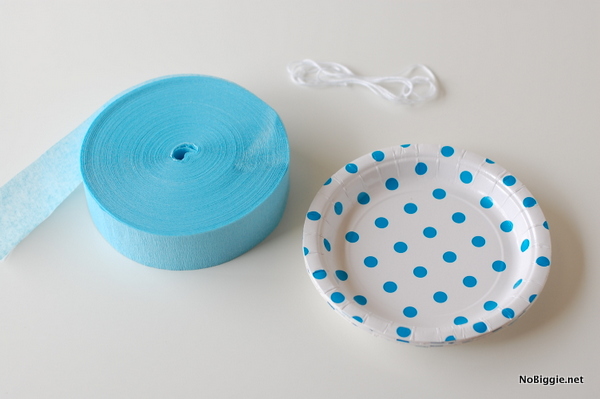 Begin by cutting the inner circle out of the small paper plate. I just cut around the edge of the rim. It doesn’t need to be exact, because the edge will get covered up later. 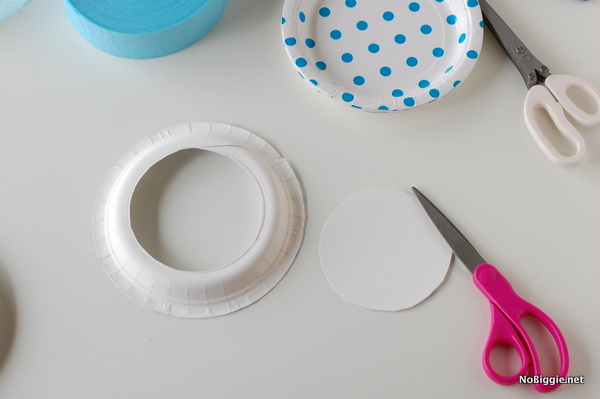 Now cut two diagonal edges off of the circle and a little tiny half circle out of the point so that it can roll up into a cone shape. 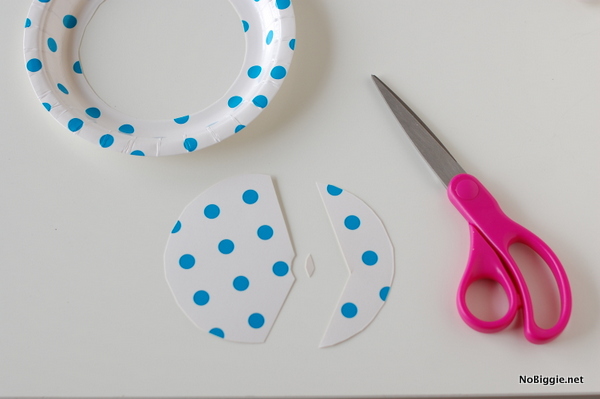 Using your stapler, staple the rolled cone edges together. Staple it twice in two different spots so it’s secure. 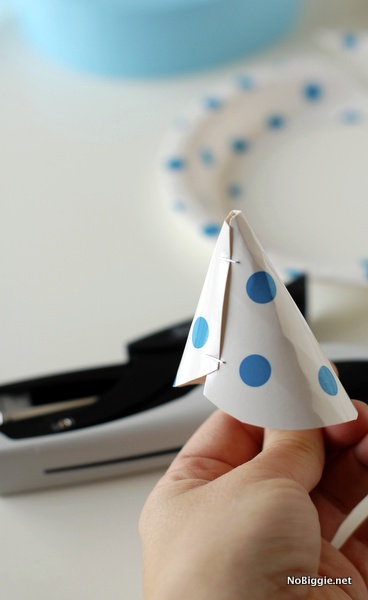 Moving onto the fun part…the fringe! I love using my Martha Stewart fringe scissors for this, but any old scissors will work great. Just snip little notches on both sides of a one foot section of streamer. 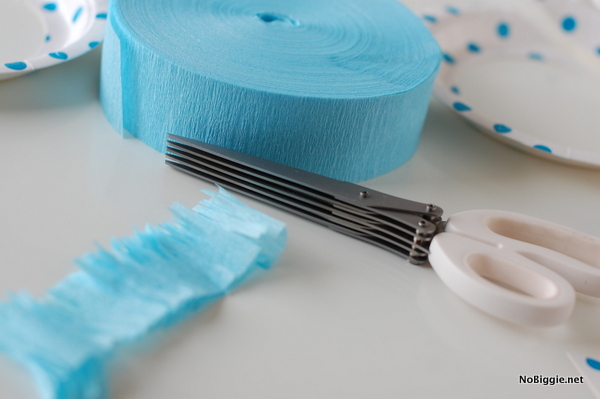 Grab some string and tie a not around the rolled up fringe section. 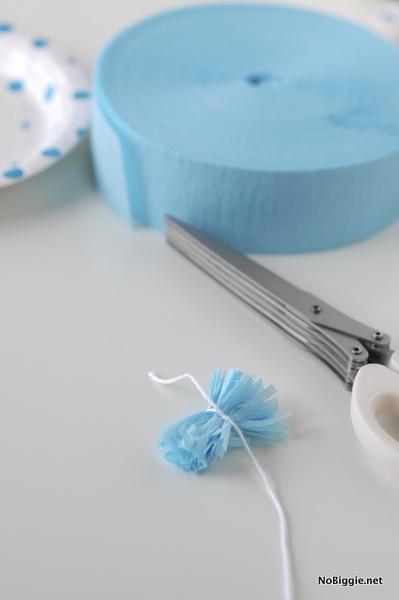 Now fluff up the fringe ends to look crazy like a little puff ball. 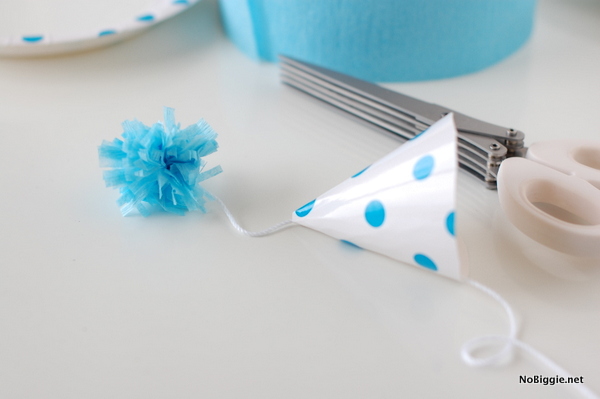 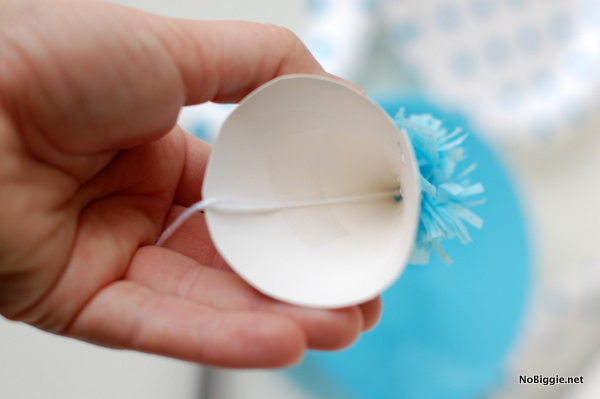 Now you are ready to add your string to tie it under your chin. Using a seem ripper, poke tiny holes on opposite sides of the hat near the bottom. 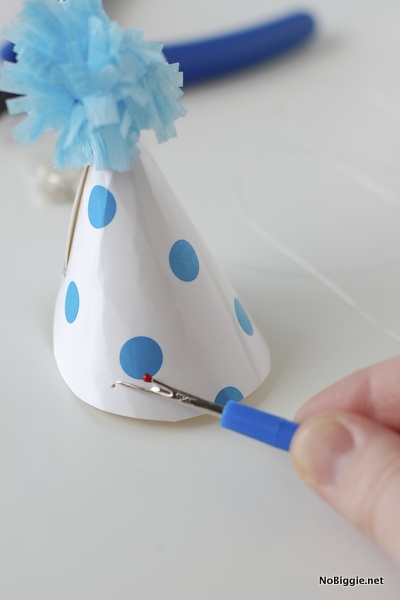 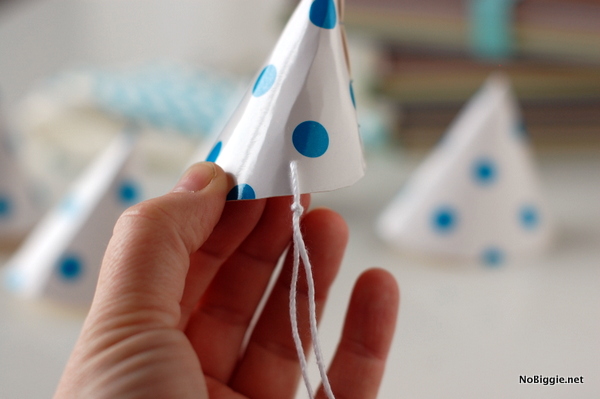 Or you can make your hats like the regular party hats with the stretchy clear plastic string using a jewelry crimp tube to hold the stretchy string in place. This is my preferred method, but the white string option above is easier if you don’t have the jewelry tools. You could also add these little hats onto a skinny headband. Just hot glue them right on! 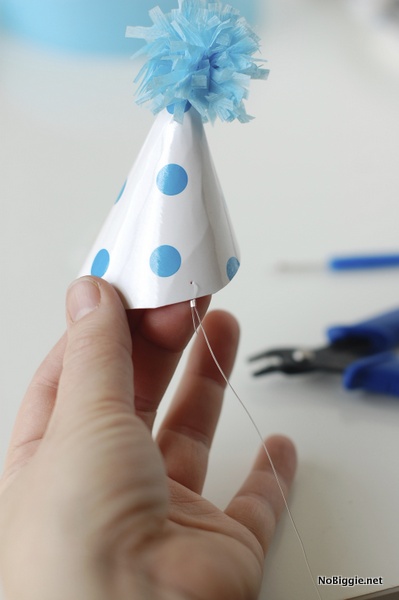 Now just finish them off by adding more fringe to the bottom of each one using glue dots or a low temp hot glue, and you’re done! 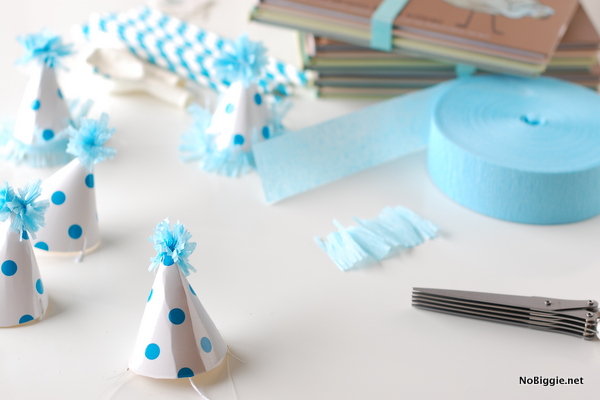 Here’s the mini hats in action. My sister and I acting like goofs in the photo booth, because that’s what you do. 😉 I love how they turned out! …and I love that you can reuse them again later! 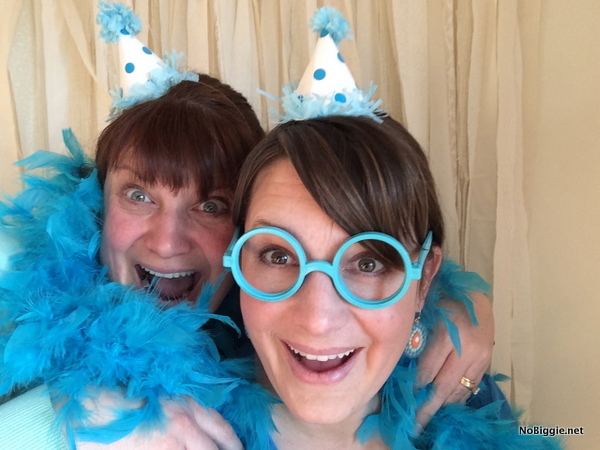 Speaking of using again, they would also make darling gift toppers! Anyway you use them, mini party hats are so fun! 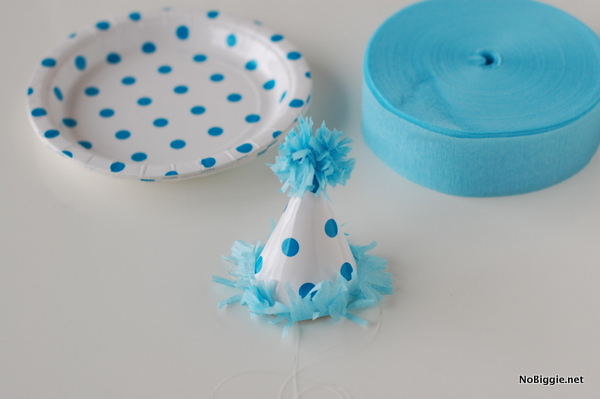 Looking for more party ideas?
-you might love a few of these party ideas, like making party hats out of snow cone cups…I mean cones…snocone cones: 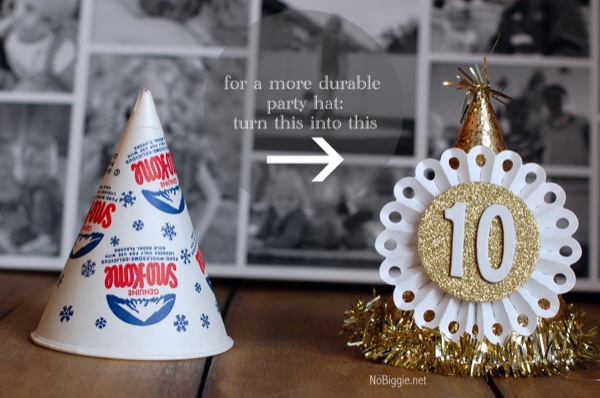 I’d love to know…what was the last party you hosted? 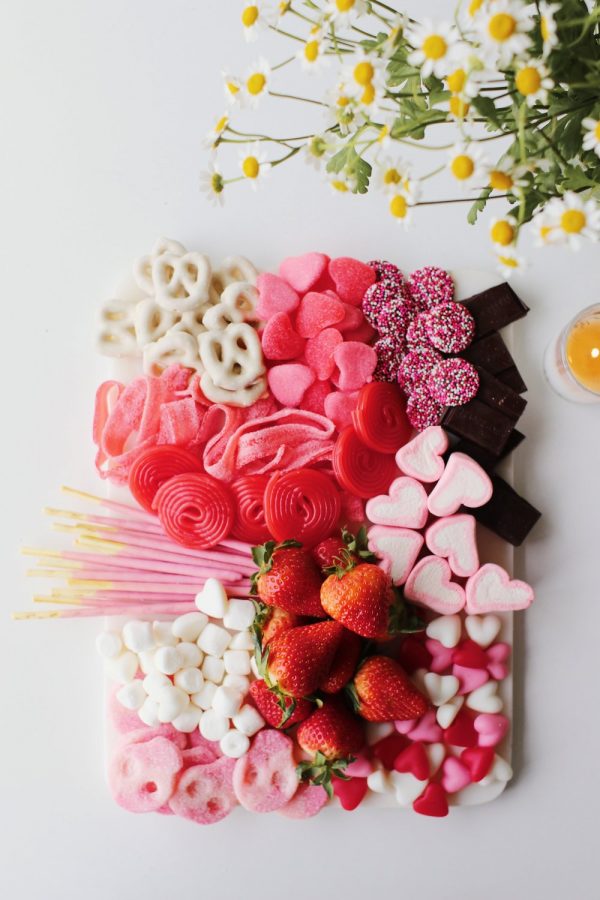 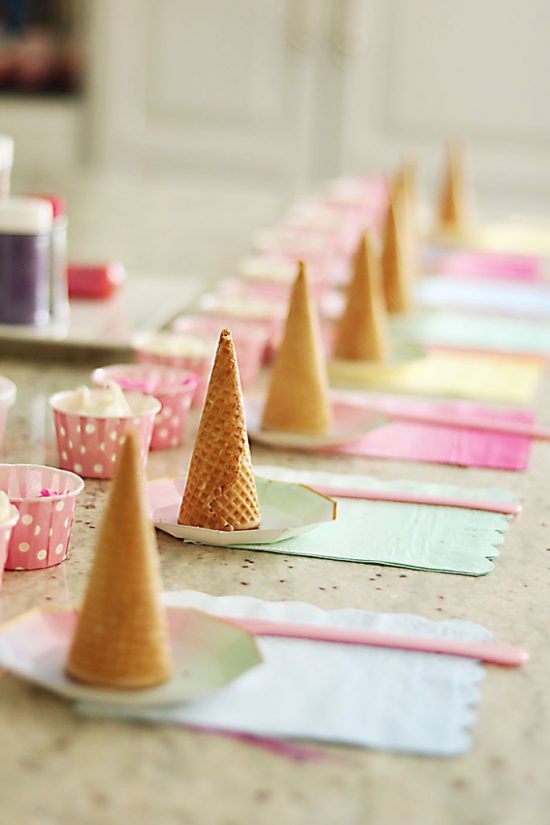 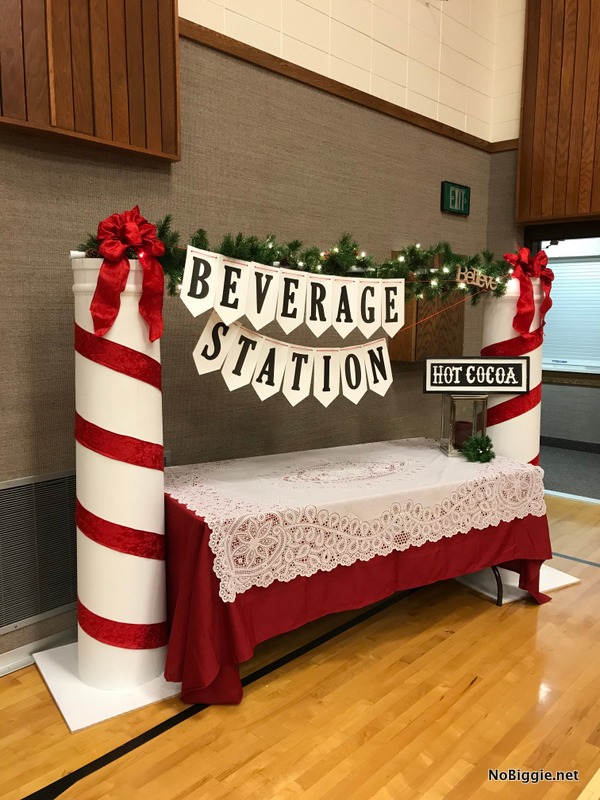 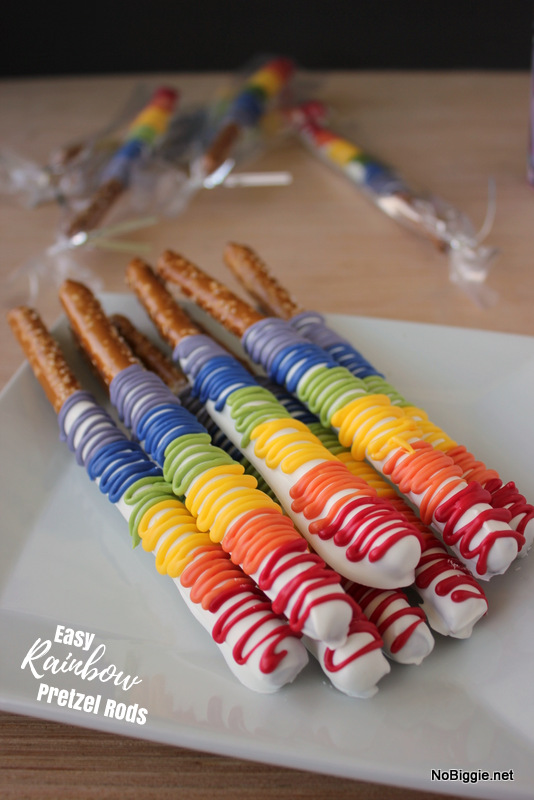 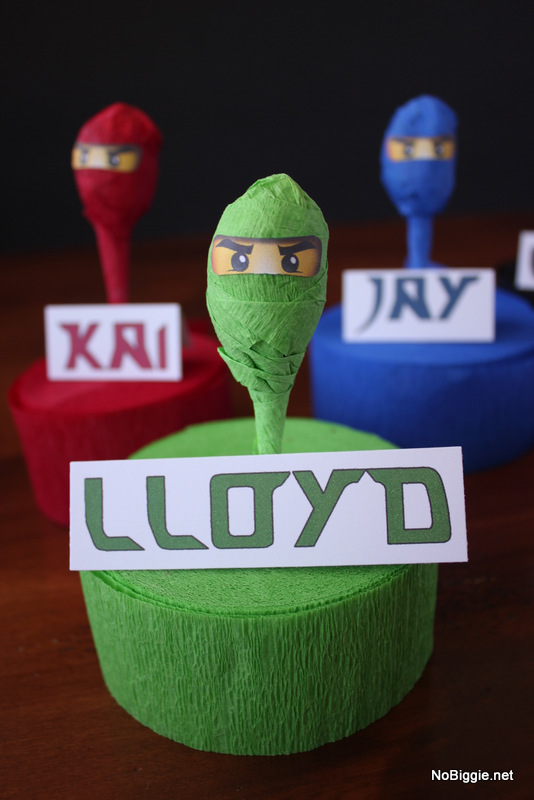 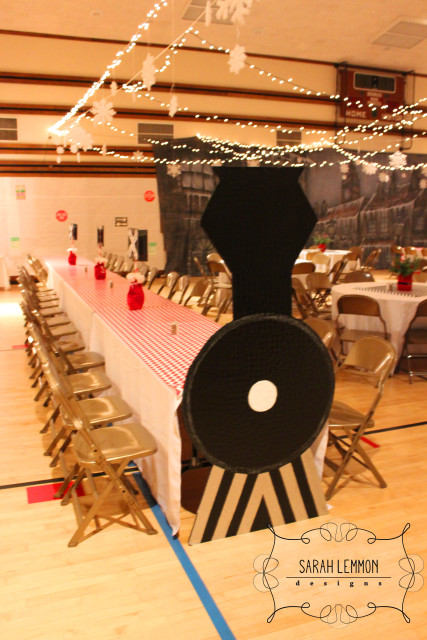